We caught up with NYC singer-songwriter Sivonyia to get her advice for taking the next step in your independent music career.

To celebrate the release of our brand-new royalty advance service Fast Forward, we caught up with New York singer-songwriter Sivonyia to get her advice for managing an up-and-coming career as an independent artist.

Originally from South Florida and surrounded by music from her early childhood, Sivonyia channels her neo-soul roots to influence her sound that ranges from alternative R&B to electronic and dance. She started releasing her own music from a place of vulnerability to inspire other women to live in their truth and feel powerful.

We chatted to Sivonyia to get her advice on building fanbases, managing press and PR, hooking up collabs with other artists and keeping on top of your own mental health.

Interested in a Fast Forward royalty advance? If you are already using Amuse, just log in to the app to see if you have an offer. If you aren’t using Amuse but want to find out more, sign up here and we’ll get back to you.

Congratulations on the release of your new track ‘Slippin’ — it’s been on repeat all day in the Amuse office. Can you tell us how you first started making music?

I first started making music when I was in college. I went to the University of West Florida and it’s a really small school and there isn’t really much there so I decided that I wanted to give it a real try when I was going through a bit of a rough time. I dropped a song called ‘Lawless’ and when I released it everyone at school was really loving it. A lot of people were coming up to me and complementing me and saying they wanted to hear more. Then I made a video and started to take myself more serious as an artist. After I graduated, I decided that I would move to New York and that’s when things got more serious. I was able to connect with so many other people that helped me further my career.

What changes did you make to your everyday life when you decided to take yourself more seriously?

The big things that changed were my goals. At first, I just wanted to put myself out there and see what happened, but then I started to be more analytical about what I was doing — thinking about who I was creating music for, what my audience likes, and what kind of music I want to put out. What’s the end goal I’m looking for and what’s my purpose? I always wanted to empower people and be honest and real, so those are things that I thought about more after I decided to take myself seriously.

How did you build your fanbase at first?

I really just talked about myself as much as possible. I think that people are sometimes nervous or ashamed to promote themselves, but when I enter a room I just tell people about what I do and what I’ve been working on, letting them know that they should check it out. Once they do, we connect from there and they keep up with everything I do. I also connect with new fans by playing as many shows as possible — I connect with people really well in person, so when they come to one of my shows, they always want to know when the next one is and when my next release is coming.

Do you focus on any online / social platforms specifically when releasing new music?

When I release any new music, I try to do a bit of advertising online on Instagram and Twitter. I also reach out to blogs whose audience will be receptive to me, so blogs that are for women or a younger crowd. After I do that, my releases typically go really well. They don’t even have to write an article, it’s just like if I can put my music out there, and put my name on it, it gets traction from there.

What’s your advice for DIY artists who want to get their music promoted on blogs?

I manage all my own PR and advertising, so my advice is to never get tired of promoting yourself. I also try to write down different ideas of my project or just different ideas of myself as an artist so that I can always rely on it. You want to have an idea of who you are and what your body of work is already so that you can easily put it out there. Not that you’re using the same description over and over again to advertise yourself, but you want to have the same general message that is easy to send out to listeners, media or blogs.

What was the biggest barrier blocking you in the first few years and how did you overcome that?

I’m really confident now but when I first started out I was really shy on stage. I grew up singing in church but it was so different because I had to be conservative and I wasn’t expressing my own work. Expressing that work and putting myself out there was a bit nerve wracking at first, but the more I did it, the more it felt right and that I was in my zone. Taking the next step was also hard for me, because a lot of times you end up for things to happen for you. I got into that place when I first started, and it wasn’t until I bought my own equipment and put myself in the zone continuously that it got better and I didnt feel stuck or nervous on stage.

How did you secure your first collab with another artist?

My first collab happened after another artist heard my song and wanted me on their project. That’s basically how most of my collabs work, people reach out and let me know that they want to work with me. If I like their work, and if we mesh after we speak, then we go from there.

How do you manage self-doubt about your projects and keep up positive mental health?

I think it’s important to reflect as much as you can because I believe that we are our greatest teachers. Whenever I’m going through any difficulties or any challenges, I like to take some time to myself and do things that are healthy for me. That might be writing for a long period of time or going outside and being around nature and just having that moment to breathe and concentrate on my breathing. Cooking healthy meals and being around positive friends helps me too!

If you could invest your future royalties into your career now with a Fast Forward deal, what would you spend the money on?

My priority would be travelling and meeting new people. I think that I would spend the money on travelling as much as possible, and some new equipment would also be cool. I’m working on a new EP and a second project after that, so I think it would be good to go on the road and tour and meet different people and let them hear my sound so that I become more relevant in different cities.

Can you give us any hints about your upcoming EP?

I can’t really say too much, but it’s an alternative R&B EP, with a variety of different sounds. It’s a journey about who I am as an artist and it really just explores the idea of human nature. It’s a little different to my normal material but there are some things that my fans will be expecting as well.

Check out Sivonyias music by following our Staff Picks playlist! To find out more about Fast Forward and what it means for DIY artists click here. 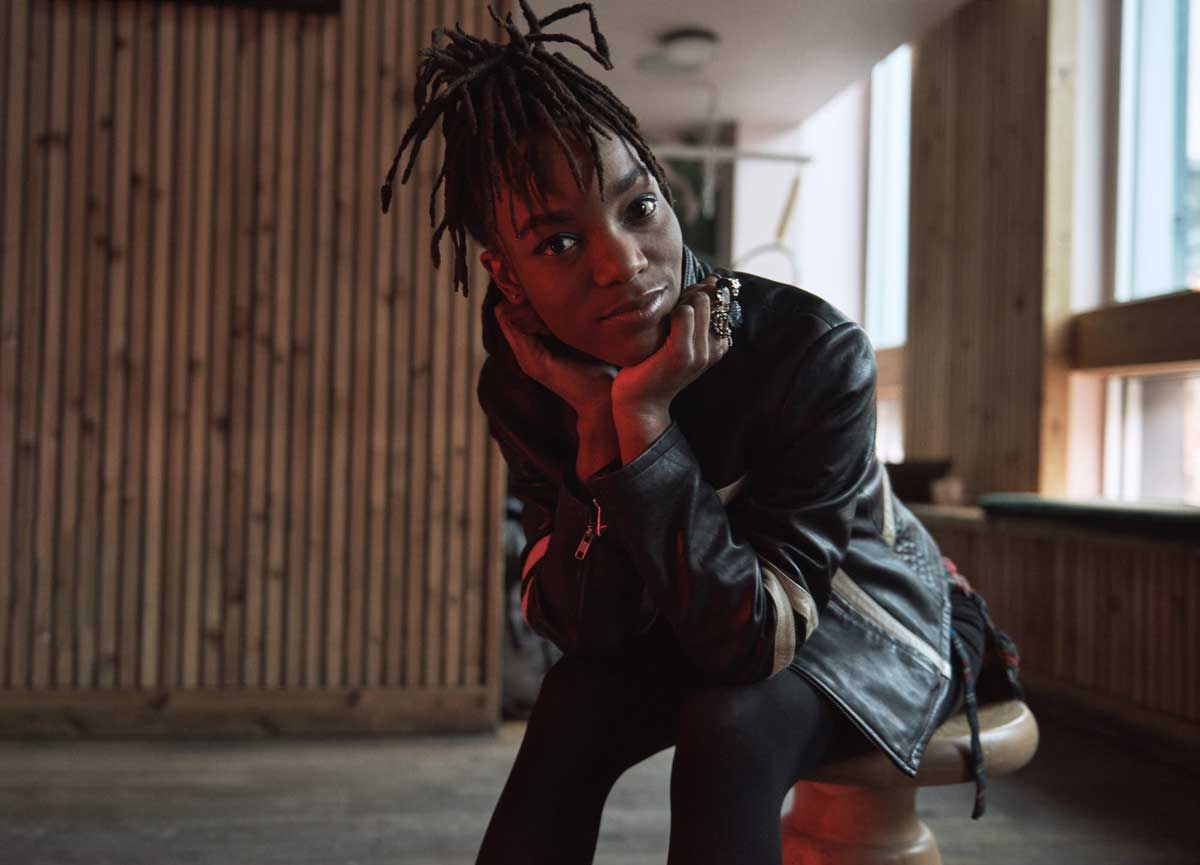